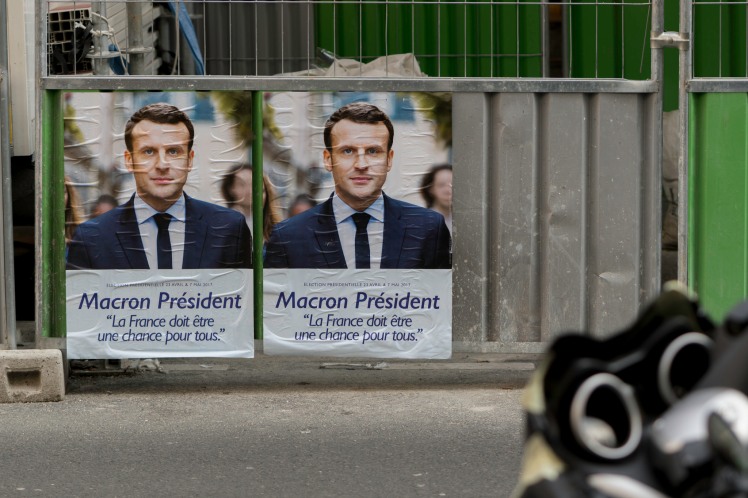 It’s only been a few months since Emmanuel Macron was sworn in as president of France, but already the tides are turning for the nation’s foreign policy and place in international politics. At the G7 and G20 Summits, France seized the opportunity to redefine its position in international relations, initiating its shift from a polite backbencher to a leading voice in matters of security, sustainable development and trade. For this, the credit goes to Macron and his seductive political demeanor that has charmed even the most frigid world leaders. With his diverse cabinet and unifying rhetoric, the young and energetic centrist politician has brought a new sense of hope to both the people of France and the wider international community.

Yet with youth comes inexperience, and the latest national political scandal saw Macron committing his first faux pas as commander in chief.

When the military chief of staff, General De Villiers, stood in front of the parliamentary defense committee and challenged Macron’s order to cut the military budget, the president retaliated publicly: “I am your boss,” he reminded De Villiers and the rest of his troops at the Bastille Day Parade. With these words, Macron revealed a side of his personality that many feared but none had witnessed before: if and when his authority is questioned, Macron seeks to compensate for a lack of experience, and his decisions become rash.

The scandal erupted just as the president was proving his worth as an international peacemaker. Inviting Trump to witness the military parade on Bastille Day, Macron extended a firm but conciliatory hand to the U.S. president. So far in his brief tenure in office, Macron has negotiated with Vladimir Putin on Crimea and met with both sides of the Israeli-Palestinian conflict, signaling a willingness to confront challenges that have troubled Western powers for years. But could a wounded relationship with its own army threaten France’s ability to be taken seriously as a mediator of international conflicts?

Now that his honeymoon is coming to an end, Macron is expected to deliver on the promises that saw him win the presidential race. But fulfilling these commitments should not come at the expense of tact and diplomacy. Macron has no choice but to propose national budget cuts if he is to bring his country’s finances in line with E.U. regulation, and he will, of course, face criticism from financially strained institutions as a result. However, his overreaction at the first sign of resistance reveals a temperament that could tarnish France’s new global image and complicate negotiations on the international front.

Some have labeled Macron’s public outburst “authoritarian,” but his retaliation against De Villiers through public humiliation is more indicative of inexperience and insecurity than a penchant for tyranny. A president who is confident in his ability to lead does not need to make his punishments public. Macron’s interaction with De Villiers reveals his desire to assert himself as a worthy leader. The danger for France and the nation’s foreign affairs is that that Macron could behave similarly with other international leaders. His new image may also give way to worrying comparisons with other political bigots like Donald Trump.

Macron’s international politics of seduction have yielded positive results so far, but it would be naïve to think that the president could continue to influence world affairs without a strong and loyal army behind him. Macron’s diplomatic tact may provide a small boost to France’s soft power and influence in world politics, but his recent outburst shows the limits of such an approach. Moreover, matters of international security are hardly ever fixed without military prowess, and that means the French president will need loyal troops.