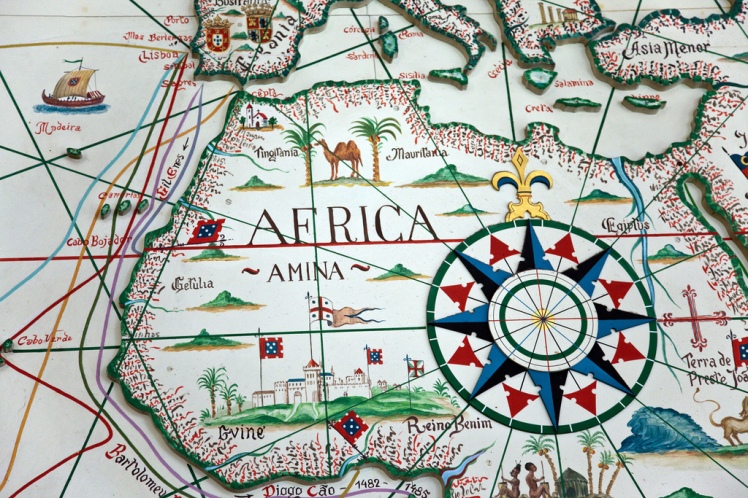 President Trump’s disparaging remarks about Haiti, El Salvador and nations in Africa have triggered outrage both at home and abroad. They’ve also sparked debate over just how racist Donald Trump really is.

But the President’s remarks reveal more than just his (well documented) bigotry. They also reflect deep-seated understandings about Africa that have dominated Western discourse for hundreds of years.

European writers throughout the nineteenth and twentieth centuries frequently depicted Africa as, well, a shithole. Or, in the language of the time, a “dark continent”—a site of instability, poverty, irrationality and chaos.

Africa as a site of disorder and anguish? Think about the sensationalist coverage of the Ebola outbreak that rendered Africa one giant mass of illness and suffering. The Daily Mail even stoked fears of terrorists getting hold of deadly “Ebola suicide bombs.”

In pop culture, too, simplistic representations of Africa are reproduced and reinforced. In the 2004 comedy Mean Girls, the protagonist Cady has “weird Swedish nutrition bars” in her kitchen because her mom “used to give them to the kids in Africa to help them gain weight.” Africa: land of the needy and malnourished.

“Failing” Africa can be seen in representations of Africans both on the continent and outside of it: African migrants dying at Europe’s borders; African children kidnapped by Boko Haram in Nigeria; Africans facing imprisonment in Israel if they do not leave.

This isn’t to say that stories about Africa’s problems or African suffering are untrue; but they often lack nuance and are told in disproportionate amounts. Some “alternative” coverage has gained popularity in recent years. But even the “Africa Rising” narrative has disappointed Western onlookers expecting miracles. Still today, little attention is paid to Africa’s growing middle class,  the strength of civil society groups and activists in countries like South Africa and Uganda, and the rising demand for contemporary African art. And how come more people aren’t talking about what’s going to happen as millions of Africans come online in the next few years?

It’s clear that representations of Africa reveal more about their creators than about Africa itself. During the nineteenth century, Africa served as a great colonial canvas onto which Europeans expressed their deepest anxieties and revealed who they wanted to be. In literature, art and politics, Africa was Europe’s foil: Where Africa was dark, Europeans brought enlightenment; when Africa was unstable, Europeans brought the yoke of political control; where Africans were “savage,” Europeans brought refinement—and chains.

Like colonists before him, Trump is reproducing an image of Africa as America’s foil—the people he does not want, the place he does not want America to be. And just as Africa was a site upon which Western powers debated their policies and ambitions, Trump’s Africa is a site of debate over America’s controversial immigration policies.

Trump deserves blame and condemnation for his insulting comments. But we need to remember that they were not uttered in a vacuum. They are a crude incarnation of ideas about Africa embedded in Western ways of thinking, perpetuated in Western literature, popular culture, and political discourse.

By criticizing the language of one individual—as if his racism were idiosyncratic and outrageous—we ignore our own dangerous contributions to it. As both producers and consumers of Western media, our coverage and consumption of “Africa” as a site of war and suffering have helped make Trump’s racist comments possible.

So if we want to put an end to the kind vulgar language we’ve heard, we need to change the stories we tell.