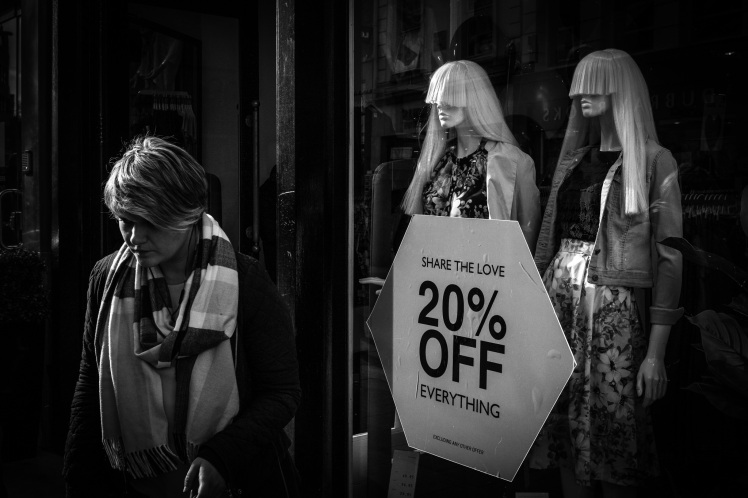 Today, there are 40 million slaves in the world—more than at any other point in history. And modern slavery is more insidious and covert than it was in the past, with victims working in sweatshops, nail salons and massage parlors, hiding in plain sight.

In the U.K. alone, there are at least 13,000 slaves and victims of human trafficking, a figure described as merely the “tip of the iceberg” by the National Crime Agency.

How can this be? We have more international anti-slavery legislation in place than ever before. We have the Universal Declaration of Human Rights, the European Convention on Human Rights, and the Slavery Convention. And in September 2017, 37 United Nations members states endorsed a “Call to Action” to end modern slavery and people trafficking by 2030.

Nevertheless, human traffickers are managing to circumvent these anti-slavery policies and laws more effectively than ever before. Why? Because these laws are not supported by international coalitions. All the anti-slavery regulations in the world will be useless unless states work in partnership to implement them.

And since human trafficking is largely a global and cross-border issue, international cooperation needs to start at “ground zero”—the victims’ countries of origin. But because slaves come from so many different places, this will not be easy. In a U.K. study conducted in 2016, for example, people identified as potential victims came from 108 different countries. This means that in order to prevent trafficking in the first place, we need a collaborative, global strategy between the countries with slaves and the victims’ countries of origin.

In practice, countries like the U.K. will need to develop collaborative and targeted prevention projects that examine the root causes of slavery. They will also need to work with regional organizations to engage communities and raise awareness about the people trafficking occurring in their neighborhoods. Domestically, governments can help prevent trafficking by training border control staff to better identify potential victims.

But a lack of international cooperation isn’t the only reason for the surge in the number of slaves worldwide. Just like slavery in the 16th and 17th centuries, modern slavery is fueled in part by uncontrolled capitalism. Private sector businesses account for the “employment” of 16 million people around the world who are actually victims of forced labor and people trafficking. And the majority of them are women and children.

Put simply, the western world’s demand for cheap clothing, coffee, or the latest iPhone relies on a system in which workers are paid incredibly low wages so consumers can get a good deal. Many well-known companies, including Nestle and H&M to name a few, rely on cheap labor abroad where employment law is laxer—and where working conditions can often be classified as forced or child labor. The mining of cobalt and coltan—the raw materials used in the manufacturing of mobile phones and computers—for example, is rife with conflict and exploitation.

For anti-slavery foreign policy to be effective under these conditions, states and regulatory bodies should require that the supply chains of multi-national be transparent and slavery-free. Consumers, in turn, can choose to buy Fairtrade only and, in effect, force companies to give their workers a fair wage and decent working conditions.

But in reality, it’s not that straightforward. Trends suggest that western consumers are reluctant to confront this uncomfortable feature of modern life. For instance, it’s common knowledge that cheap clothing is often made in sweatshops, yet we continue to buy it.

That’s why, in the absence of a consumer-led movement, we need more than platitudes from our governments to know they are committed to ending slavery.

The Global Fund to End Modern Slavery that British Prime Minister Theresa May mentioned last September aims to put a stop to slavery by forging international partnerships and raising crucial financial resources. Nonetheless, the success of a private, independent fund will be limited without sustained cooperation from state governments or public support. And right now, these prospects look bleak.

In the midst of Brexit negotiations, the U.K., for one, is turning inward. What’s more, the economic impact of Brexit may be severe, and the U.K.’s National Health Service is struggling, which means the public is unlikely to support the diversion of national funds to build relationships abroad.

May and other global leaders promise to end modern slavery by 2030, but are they willing to take the difficult yet necessary steps to make it happen? Will they adapt their economic frameworks and build anti-slavery partnerships abroad? And are they and their citizens willing to overlook a great bargain to serve 40 million individuals in need?

One thought on “To End Modern Slavery, We’ll Need More than Good Intentions”