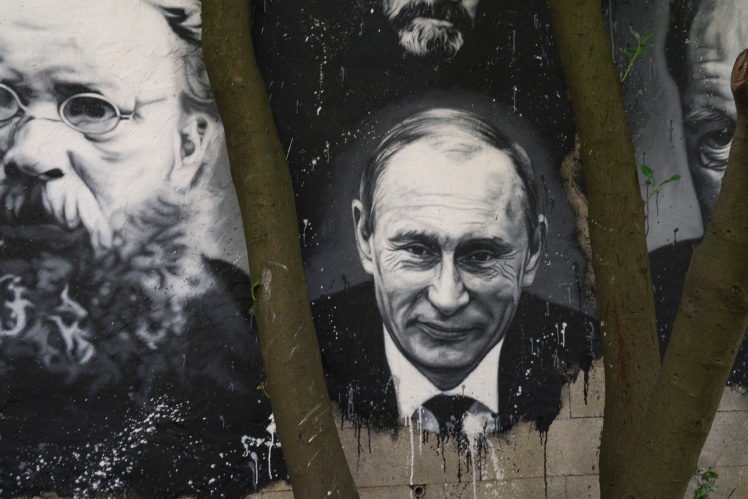 It comes as no surprise that Vladimir Putin has been re-elected as Russia’s president for another six years. And with a record final result of 76.6 percent of votes and a turnout of 67.4 percent, this election may have granted Putin renewed sense of legitimacy.

But as his fourth term begins, we can’t expect “Putin 4.0” to be much of an update from the older version. Instead, the election is a sign of public approval for Putin’s previous policies, so he’ll likely continue down a similar track.

Here’s what we can expect as Putin begins his next term.

The Military Will Remain a Priority

Over the last few years, Putin has invested heavily in military spending, and he is unlikely to stop now. On March 1, the whole world watched as he presented Russia’s new weaponry in his Federal Assembly Address—a warning to the West and a message that Russia will continue to strengthen its national security. At the same time, Putin said that Russia doesn’t want war—it just wants to be heard. And it intends to use its nuclear power as a microphone.

Putin’s pre-election speech included plans to reduce poverty by half, increase employment, raise GDP per capita, and improve living standards. But he gave no indication of where the funds for these plans would come from, and, most importantly, he didn’t mention possible political reforms or institutional and economic modernization.

If Putin really wanted to change the socio-economic conditions of average Russians, he could have done so at various opportunities, but instead, he has chosen to govern through a corrupt system and maintain the country’s dependence on oil and gas. And it’s  no wonder: What incentive does he have to reform the economy? High approval ratings and support for his economic policies have given him a “mandate for stagnation.”

Russia’s confrontational policy with the West—one of the key principles of Putin’s rule—will continue. And this time, with a majority of the Russian people behind him, Putin will likely grow more assertive on the world stage.

The election also seems to have confirmed Crimea’s will to be part of Russia as 92.14% of the peninsula voted for the president. The West will continue to apply sanctions to pressure Moscow to return Crimea, and Russia’s relations with Ukraine will remain damaged.

One of the factors that helped push Putin to win re-election was his image as a strong ruler leading Russia against the West. Putin is unlikely to abandon this image, resulting in either the status quo or more confrontation with the West. Either way, it won’t be an improvement.

Putin has voiced no plans to tackle corruption, and why would he? Despite the current level of corruption and restrictions on political and civil rights, the population—including a large part of the country’s youth—supports his leadership.

Judging by the latest developments, such as the cases of former Economic Development Minister Alexey Ulyukyaev or former governor Nikita Belykh, who are both currently in prison, trials over bribery and fraud will take place for political purposes rather than to solve the actual problems.

Meanwhile, independent investigations like that of opposition figure Alexey Navalny and his Anti-Corruption Foundation will continue to be silenced with even greater force, not only on television and in the press but also online. Increasingly strict censorship will continue to limit people’s access to versions of events other than what is being transmitted on state television.

Little Room for the Opposition

The fate of the democratic opposition will also resemble its current status. The main opposition figures remain divided, currently separated into the “legal” opposition represented by presidential candidate Ksenia Sobchak, and the “illegal” one, represented by Navalny, who was barred from running.

Still, there are some positive signs, starting with the fact that neither of them is planning to give up. Sobchak and former Duma deputy Dmitry Gudkov have announced the creation of a new party “For Change” and hope to run in parliamentary elections in 2020. Moscow mayoral elections are coming up in September, which could be an opportunity for opposition candidates to prove themselves to the capital’s electorate.

It’s clear that Russia’s 2018 election wasn’t much of a game changer. But 2024, when Putin reaches the limit of two consecutive terms, will be more intriguing. Some analysts are certain Putin will find a way to remain in power beyond 2024, while others are trying to come up with names for a successor.

Although we’ll see more of the same over the next few years, nothing is set in stone—especially when we consider the unpredictability of Putin’s previous term, which included the unexpected Ukraine crisis and the annexation of Crimea in 2014. So perhaps the next six years will hold some surprises for us after all.