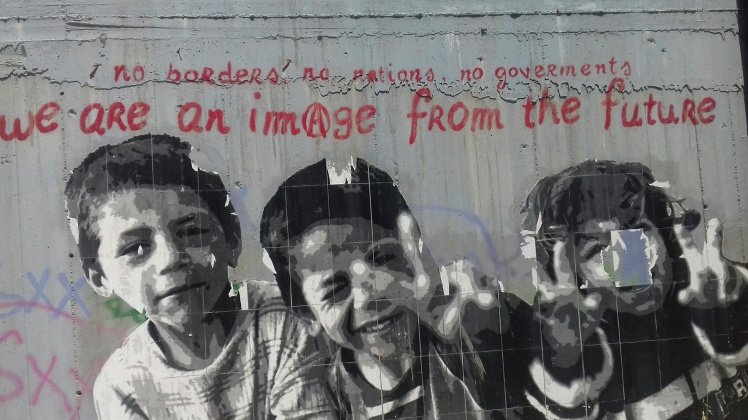 “Moria is a bad place, a very bad place,” Mahmoud tells me, grimacing slightly as he looks to the ground. “Yesterday, I waited for one hour to get a water bottle and there are fights every night. The rain runs into my tent. I cannot sleep.”

Mahmoud is one of the approximately 7,000 asylum seekers currently residing inside Moria refugee camp on the Greek island of Lesvos. Moria has gained notoriety not only for its large, overcrowded population, but also for its resemblance to a concentration camp.

At the height of the refugee crisis in 2015, approximately 6,000 asylum seekers passed through Lesvos daily in search of a better life in Europe. But since the E.U. and Turkey brokered a deal in March 2016, asylum seekers who arrive on the Greek islands must have their asylum application approved before they can leave the islands and again before they can leave Greece. Asylum seekers can apply for asylum twice, but if rejected a second time, they are deported back to Turkey.

This has ultimately stemmed the flow of migration to Europe, leading some in Brussels to suggest that the refugee “crisis” is over. Yet boats full of asylum seekers continue to arrive on the shores of Lesvos. Long asylum processing time has meant that many are left waiting in Moria camp, often for an indefinite amount of time.

Recently, conditions in Moria have worsened. At the end of May, large fights broke out between Arab and Kurdish communities, forcing approximately 1,000 people, mostly families, to leave the camp due to fears for their safety. Although horrific conditions have existed inside the camp for years, neither the United Nations High Commissioner for Refugees (UNHCR) nor the Greek authorities were prepared for a mass exodus of asylum seekers from the camp. Some of the island’s grassroots organizations including Humans 4 Humanity and Lesvos Solidarity – PIKPA have stepped up to host and provide care for the asylum seekers on the island. 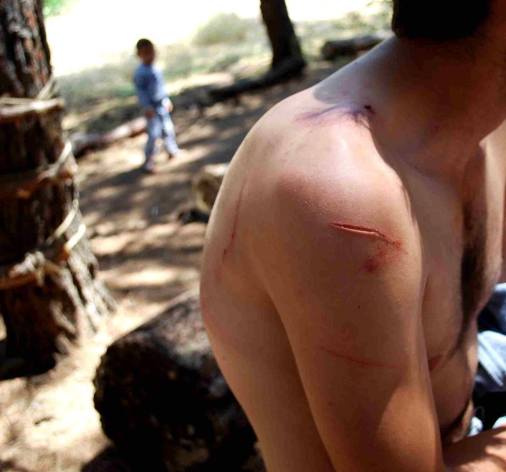 Moria camp, which was originally built for just 1,800, lacks basic hygiene and staff to provide sufficient psychological and medical support to those in need. But reports indicate that from 2015 to 2016, the E.U. invested approximately $803 million of E.U. money into Greece to deal with the refugee crisis. So where is the money for Moria?

In order for the situation on Lesvos to improve, the nations that comprise the E.U. must accept that migration is now an irrevocable part of their common future. The idea of a united Europe emerged from the aftermath of the Second World War, and the E.U. stands for values such as human dignity, human rights, and the rule of law. Europe can live up to these values by improving the way it responds to refugees on its borders. And with the large amounts of E.U. funds dedicated to the crisis in Greece, it can.

To start, the Greek government needs to take action to improve conditions of Moria camp, just as other governments must take responsibility for questionable asylum detention facilities in Europe. Responsibility for the horrific conditions that many asylum seekers face when landing on Europe’s shores falls solely on the shoulders of the E.U. The deplorable conditions in Moria camp do not, cannot and should not act as a European deterrence policy for prospective refugees.

Spending money on developing the camp’s infrastructure could solve safety and sanitary problems, enabling inhabitants to live in a more dignified manner, instead of wearing adult diapers for fear of going to the bathroom at night. Lesvos municipality could open up another camp on the island to relieve Moria of overcrowding and provide asylum seekers with their human right to adequate housing. Adhering to the rule of law would ensure that the detention center can help alleviate, not exacerbate, the medical and mental health issues of its residents.

Moria refugee camp has become a sickening and striking symbol of Europe’s political refugee crisis. The E.U.’s inability to take responsibility for the travesty that is Moria questions the very foundations of so-called “European values.”

Despite reports to the contrary, the refugee crisis in Europe is far from over. Now at a crossroads, the European Union should draw on the very principles it was founded upon, before the lessons the continent learned some 70 years ago become just a distant, dwindling memory.