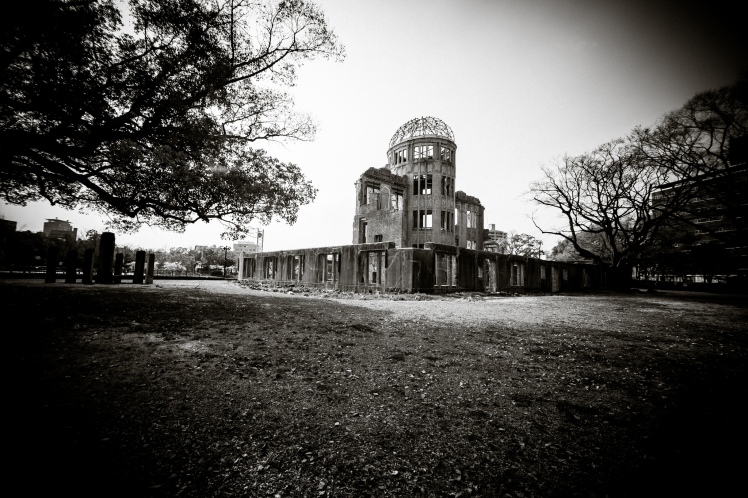 This week marks the 73rd anniversary of the U.S. bombings of Hiroshima and Nagasaki, the first use of an atomic weapon in warfare that thrust the world into the nuclear age.

The city of Hiroshima chooses to commemorate the victims of this atrocity not in anger, but through a strong plea for global nuclear disarmament. Unfortunately, their plea has gone unheard in recent years, as the last testing of a nuclear bomb took place less than a year ago in North Korea.

And the lack of attention paid to the event illustrates our complacency towards nuclear weapons testing and our detachment from the reality of nuclear warfare.

How Far Have We Come?

States rationalize the acquisition and possession of nuclear weapons as a vital form of state security, breeding the mentality “the more you have, the safer you are.” This outdated, Cold War mentality and defense strategy has resulted in further horizontal and vertical proliferation. It’s also a way of speaking about nuclear weapons in the abstract, which provides comfort and makes the threat of nuclear war seem only a distant possibility.

And this focus on state-centric defense overlooks the real dangers these weapons pose. Separating them from the atrocities committed on Hiroshima and Nagasaki enables us to overlook the responsibility we have to prevent such events from ever happening again.

Nuclear states like India justify their nuclear weapons programs as purely defensive: a deterrent, shown by their “no first use” policy.” And with this excuse, they paint themselves in opposition to states like North Korea or Iran, which are accused of pursuing nuclear weapons for more offensive purposes.

However, making a distinction between “defensive” and “offensive” purposes must not provide an illusion of security: regardless of a state’s reason for possessing nuclear weapons, their capabilities for destruction remain the same. Moreover, there is a clear paradox and irony when it comes to the way we fear nations like North Korea, which begs the question: Why are these states labeled “global nuclear threats,” while we remain complacent towards states like the U.S., one that possesses nuclear weapons and has used them before?

Nuclear weapons are not, in fact, defensive weapons: They are a means of psychological intimidation or direct attack. Therefore, their supposed “defensive” capabilities are entirely undermined by the fact that no nuclear weapon has the capacity to defend a state or individual from a nuclear strike once the button has been pushed.

Is a Nuke-free World Possible?

Author Joss Sheldon described the prospect of a nuke-free world to me as a “realistic target.” However, the idea that our national security is entirely dependent on possessing nuclear weapons is deeply ingrained in our international political culture, so I do not think our generation will live to see a nuke-free world. And now, our emotional detachment to nuclear weapons and their destructive potential has heightened the likelihood of a nuclear strike.

We have not witnessed a nuclear war in the 21st century, and Japan is the only country that has experienced the long-term psychological damage and destruction of atomic bombs. Their survivors are our only living accounts of the physical and emotional trauma these weapons create. In order to ensure that we do not see nuclear war in our lifetime,  we have a duty to pass on these accounts. The more distant their stories seem to us now, the closer we come to having their stories become our reality.

The atomic bomb dropped on Hiroshima exploded almost directly above the Hiroshima Prefectural Industrial Promotion Hall, now known as the Peace Dome. As one of the only buildings that withstood the blast, it stands as a stark reminder of the true destruction and scale of the atomic bomb.

The decision to preserve this building was fiercely countered by many survivors, who called for its demolition. Others saw it as a memorial to the bombing and message of peace. The issue remains sensitive and controversial for many Japanese people today.

But the ruin continues to stand as a timeless reminder of the destructive capabilities of nuclear war—a reminder we need more than ever today.