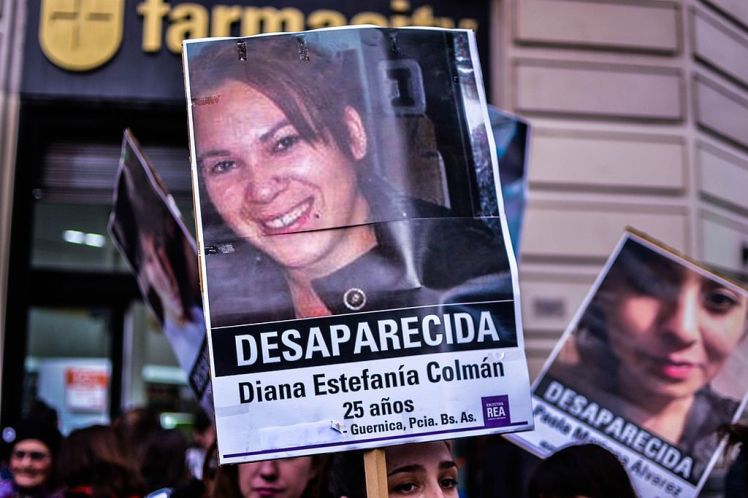 October 2018 marked one year since the New York Times and New Yorker magazine first broke the Harvey Weinstein story and the #MeToo movement exploded across social media. While men and women in the United States continue to grapple with the movement’s impact on American culture and its most famous faces, Latin America is facing its own reckoning.

Last spring, women from Nicaragua to Argentina took to Twitter to share stories of sexual assault and harassment using the hashtag #Cuéntalo, which translates roughly as “tell your story.” But while the U.S. movement, for the most part, remains fixated on punishing individual abusers and forcing a broader cultural shift, Latin American women are using the #Cuéntalo movement to lobby for specific changes in legislation and law enforcement related to women’s rights. But how much success can the movement have in a region notorious for its machista culture?

The hashtag originated in Spain after a panel of male judges cleared five men in a rape case in Pamplona (they were instead charged for the lesser offense of sexual abuse). A Spanish journalist responded on Twitter by calling on women to challenge the case and the culture it represented by sharing their own stories of sexual violence and harassment.

Some women have used the hashtag to tell their own stories of sexual assault and harassment. Others have used it to tell the stories of women silenced by the region’s relentless violence against women:

Translation: “I am 27 years old. I went to work on Sunday, July 22. My father and son waited for me, but I never came home. After a week of searching they found me, dead. I’m telling this story because PRISCILA DAIANA PAZ can’t #CUENTALO.”- @DaianaMarin14

Translation: “I am 16 years old, five months pregnant with a 19-year-old boyfriend. I was missing for nine days until they found my body in a suitcase. They’d performed a cruel abortion and cracked my skull. I am telling this story because Emely Peguera can’t anymore. #Cuéntalo”- @despreciablesss

The power of these women’s stories is amplified by the movement’s timing. #Cuéntalo has been subsumed into a broader feminist movement sweeping through Latin America with the goal of overhauling the region’s weak protections for women’s rights and security. Since 2015, hundreds of thousands of women have joined forces under the banner #NiUnaMenos—first in Argentina, and later in marches across Latin America—to protest violence against women. In November 2017, contestants in a Peruvian beauty pageant made global headlines when they recited statistics related to sexual abuse and femicide in lieu of their body measurements.

With campaigns like #NiUnaMenos and #Cuéntalo, the feminist movement’s voice has gotten too loud for Latin American governments to ignore. According to the Association for Women’s Rights in Development, these campaigns have forced “tangible change” in legislation to protect women from gender-based violence in some Latin American countries. The Peruvian government, for example, formulated a National Plan on Gender-Based Violence in 2016 in response to mass mobilizations around #NiUnaMenos. Meanwhile, Uruguay passed a new law in January 2018 to increase punishments for gender-based violence.

The movement’s demands have even prompted some governments to reassess legislation prohibiting abortion—an issue long-deemed politically sensitive in the overwhelmingly Catholic region. After over 350,000 women took to the streets of Buenos Aires on March 8, 2017 for  International Women’s Day, Argentina’s lower house of congress narrowly approved a bill in June 2018 that would decriminalize abortion up to 14 weeks of pregnancy. While Argentina’s Senate failed to pass the measure, the June vote remains remarkable for a legislature that refused to discuss six previous bills to decriminalize abortion. Brazil’s Supreme Court recently announced that it would consider decriminalizing abortion.

Even with these notable changes, Latin America has a long way to go before its women can feel safe. While countries may be stiffening punishments for gender-based violence, legislation is useless without adequate enforcement. Univision News analyzed data from 18 Latin American countries in 2017 and found that all but two (Costa Rica and the Dominican Republic) had recently approved laws that outline special punishment for femicide and acts of violence against women. But convictions are rare. In Mexico, for example, only 5 percent of the country’s reported femicide cases resulted in convictions. Laws on the books, clearly, are not a sufficient deterrent against gender-based violence.

But movements like #Cuéntalo and #NiUnaMenos cannot be ignored. As long as the hashtags remain splashed across social media, women in Latin America are showing that they will not be silenced. And with their stories continuing to resonate on Twitter and Facebook, it seems victims too will continue to haunt legislators and petition for change, even from beyond the grave.