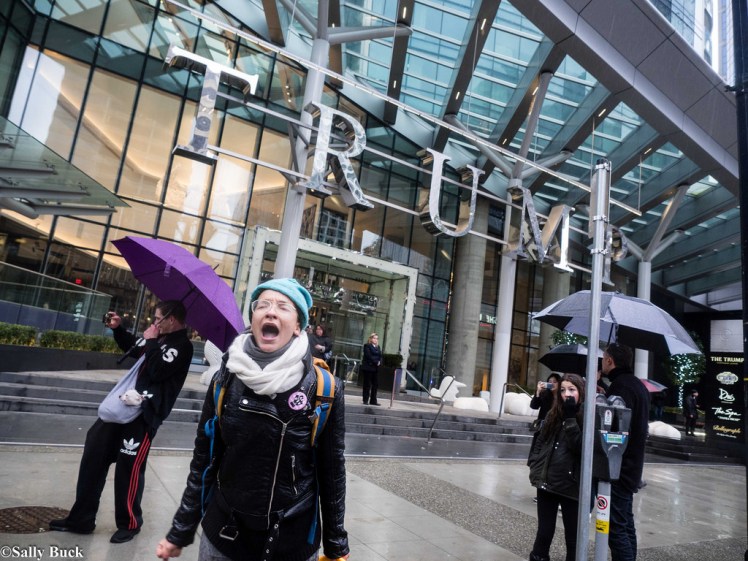 It would be a grave understatement to say that President Donald Trump and his administration are human rights-averse. Besides failing to protect—and sometimes even willfully violating—the rights of migrants, refugees, and his own citizens, Trump has vocally opposed institutions that serve as bastions of human rights, such as the United Nations Human Rights Council (UNHRC) and the International Criminal Court (ICC). Perhaps even more troubling is his outright support of tyrants and human rights abusers all over the world, which has had deadly results.

Despite Trump’s antagonism toward protecting even the most basic of human rights, his domestic public support has hardly waned. This could set an alarming and increasingly dangerous precedent: if the United States sidesteps human rights and the institutions that protect them, other states can do the same without fear of repercussion.

Trump’s full-fledged assault on human rights began only a week after he was sworn in. On January 27, 2017, Trump announced an executive order banning the entry of immigrants and refugees into the United States from seven Muslim-majority countries, most of which are in an active state of conflict and/or have become hubs for refugees from neighboring states. While the travel ban did not explicitly state the exclusion of Muslims, the executive order smacked of religious-based persecution and vilification, echoing Trump’s campaign promise to enact a “complete and total shutdown of Muslims entering the United States.” This unconstitutional de facto Muslim ban coincided with and most likely contributed to a spike in hate crimes in 2017. Since then, the consequences of Trump’s position, including his underwhelming response to the August 2017 Unite the Rite rally in Virginia that left a young Heather Heyer dead, have been grim.

Unsurprisingly, Trump’s disdain for human rights has colored his foreign policy. At the 2018 United Nations General Assembly (UNGA) in New York, Trump inaccurately railed against what he views as the universal jurisdiction of the ICC, withdrawing what was already abysmal U.S. support for the important institution. This brazen attack on the ICC demonstrates his condemnation for the only permanent international institution charged with bringing to justice the perpetrators of war crimes and crimes against humanity. Current and former Trump officials have made it clear that international human rights are of no concern to this administration, from Ambassador Nikki Haley’s withdrawal of the United States from the U.N. Human Rights Council (UNHRC) to National Security Advisor John Bolton’s vociferous attack of the ICC’s investigation into American war crimes in Afghanistan.

The United States was a founding member of the United Nations, and instrumental in the drafting of many of the international human rights conventions and treaties the U.N. protects. But the Trump administration’s rejection of international human rights norms and institutions flouts that history and may inspire other states to do the same. This type of rhetoric and behavior can only bolster similar—and perhaps even worse—behavior from other states, and especially from the worst human rights offenders.

For example, Trump praised Philippine President Rodrigo Duterte saying that he’s done an “unbelievable job on the drug problem,” referring to the same policy that has claimed over 12,000 lives and been condemned by various human rights groups. Such commendations are dangerous and can give the violent drug crackdown the credibility Duterte seeks. Similarly, every time former U.N. Ambassador Haley attacked the UNHRC as being a “cesspool of political bias,” she sapped the credibility of the institution and detracted from the Council’s hard-fought progress.

President Trump’s coziness with notorious human rights offenders like Russian President Vladimir Putin and Saudi Crown Prince Mohammed bin Salman has been the rightful subject of much criticism. It would be naïve to ignore America’s history of producing and supporting its own share of tyrants, but Trump’s vocal support of such shameful leaders is historically unbefitting of an American president. The U.S. may have made hypocritical human rights decisions like condemning Venezuela’s Hugo Chavez while turning a blind eye to the tens of thousands that Augusto Pinochet killed in Chile. But now, Trump has done away with even the outward appearance of respect and deference to international human rights norms, putting the United States squarely and unabashedly on the side of human rights abusers like of Duterte, Putin, and bin Salman.

There is no example more representative of Trump’s adoration for dictators than his defense of Crown Prince Mohammed bin Salman after the murder of Washington Post journalist Jamal Khashoggi. Despite the findings of his own intelligence agencies that Mohammed bin Salman gave the order to kill Khashoggi, Trump instead emphasized the immense financial hit in lost arms sales the U.S. government would take if the administration sanctioned the House of Saud. This sent a clear message to the Crown Prince and other murderous dictators that human rights don’t matter to the Trump administration, as long as you can cut a check.

As we enter President Trump’s third year in office, it’s critical that the American people reflect on the very dangerous example posed by this administration’s position on human rights and demand change. As the families of Jamal Khashoggi and Heather Heyer can attest, Trump’s rhetoric and policies are making the world demonstrably less safe. It may take decades to undo the damage this presidency has inflicted on the international community and multilateral institutions like the U.N., and it will require more active participation from the American electorate in 2020 to begin to rehabilitate the current image of the United States as a human rights opponent. Simply put, the international community can’t afford another two to six years of Trump’s human rights agenda.