President Trump’s failure to recertify the Iran nuclear deal has prompted a wave of Western media coverage—from the dangers of a “rogue Iran” to how further American provocation could lead to increased Iranian cyber attacks.

In these stories, Iran is generally depicted as a one-dimensional character—a kind of Middle Eastern boogeyman. To Trump, it’s a nation defined by the sins of its past: a regime that “seized the U.S. embassy in Tehran and held more than 60 Americans hostage” in 1979. It’s a nation Trump equates to the terrorist groups it supposedly harbors: “al-Qaeda, the Taliban, Hezbollah, Hamas.” To Nikki Haley, U.S. Ambassador to the U.N., Iran could be “the next North Korea.”

While U.S. policymakers approach Iran as a caricature, how can the rest of us gain a more nuanced understanding of the nation?

Here are five books by Iranian women writers that can help us move past the misconceptions in foreign affairs and dive deeper into Iran’s history, culture, and people.

1. “Savushun: A Novel About Modern Iran” By Simin Daneshvar 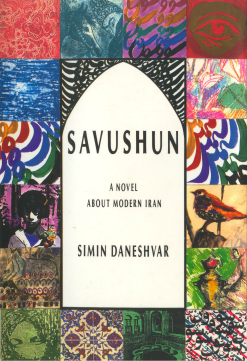 “Savushun”—a word that refers to a Persian mourning ceremony—is considered one of the most widely read Iranian novels of all time. Told through the lens of Zari, a young wife and mother, the work depicts the life of an Iranian family during the World War II Allied occupation of Iran.

Foreign intervention takes on a powerful resonance in Shiraz where the story is set, the birthplace of some of the most famous Persian poets and a city steeped in Persian history and culture. Against this backdrop, the characters confront the challenges and choices of foreign exploitation: to cooperate or rebel—and suffer the consequences of each.

2. “Until We Are All Free: My Fight for Human Rights in Iran” by Shirin Ebadi 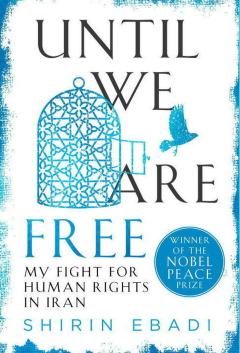 Human rights lawyer Shirin Ebadi spent her career advocating for women, children, refugees and dissidents in Iran. These efforts won her the Nobel Peace Prize in 2003, making her the first Iranian and the first Muslim woman to ever receive it.

Though rewarded for her work by the international community, Ebadi experienced harsh backlash from the regime at home: She was put under heavy surveillance, detained, harassed and threatened. In “Until We Are All Free,” Ebadi recounts her struggle against a brutal regime determined to silence her and provides a glimpse into Iran’s continued fight for human rights. 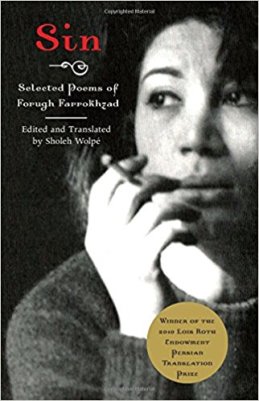 Born in 1934, Forough Farrokhzad was an Iranian poet and film director. Now known as one of Iran’s most influential female poets, she faced harsh criticism during her lifetime for her controversial works. A divorcée who lived on her own, Farrokhzad challenged the norms of how women were supposed to act and speak in Iran during the 1950s and 60s. She died at age 32 in a car crash.

“Sin” is a collection Farrokhzad’s poems, including her entire last book and selections from earlier works. The collection’s translator, Sholeh Wolpé, is a talented Iranian-American poet also worth reading. She is the author of “Keeping Time with Blue Hyacinths: Poems.” 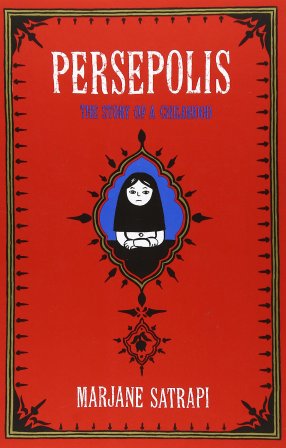 The graphic autobiography of Marjane Satrapi, “Persepolis” paints an intimate portrait of daily life in Iran from the Islamic Revolution to the devastating Iran-Iraq War—all from the perspective of a charming, outspoken child. Satrapi draws the reader into her world with both striking visuals and a moving narrative that weaves the personal with the political. The book’s sequel, “Persepolis 2: The Story of a Return,” continues Satrapi’s comic strip memoir, depicting her life in exile in Vienna and her return to Iran years later.

5. The Lonely War: One Woman’s Account of the Struggle for Modern Iran by Nazila Fathi 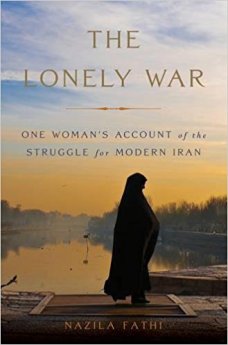 Iranian-Canadian author and former New York Times journalist Nazila Fathi was nine years old when she witnessed her country’s Islamic Revolution. While covering Iran’s pro-democracy uprisings as a journalist in Tehran 30 years later, she faced mounting threats from the government that forced her and her family to flee to Canada.

In “The Lonely War,” Fathi draws on decades of interviews and her own personal story to describe “the struggle for modern Iran”—an ongoing fight between the nation’s moderates and hardliners.